The success of our award winning Airspy HF+ series brought us a lot of feedback from hundreds of customers and enthusiasts. Most of the problems were related to ineffective RX antennas that were too sensitive to the surrounding noise, had excessive gain and lack the necessary linearity. So, we decided to bite the bullet and design a new Noise-Cancelling Passive Loop (NCPL) to fix the noise problem, leverage the low-noise performance of our SDR receivers while being perfectly suitable for portable operation. After a long deliberation in the community, we named it “YouLoop” after its designer, Youssef. 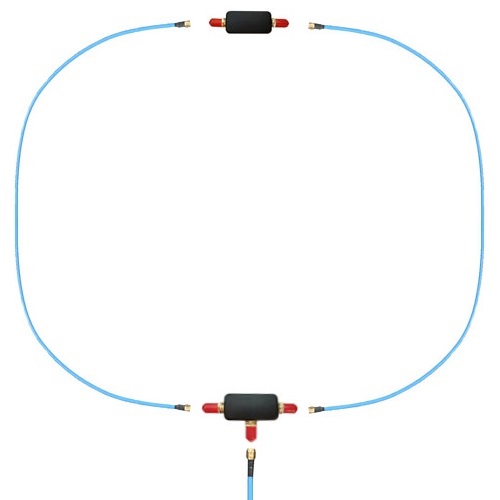 The YouLoop is a generalization of the Möbius loop where a balanced electric shield is used as the center of a multi-turn loop. The rest of the turns run inside the shield. This construction is electrically balanced for large wave wavelengths, ie. when Lambda is very large compared to the size of the antenna. This helps cancelling the electric noise at the lower bands, exactly where most of the electric noise energy is concentrated. To preserve this electric balance from alteration by the transmission line, a low loss miniature BALUN is used. Neat, isn’t it?

The following diagrams illustrate conceptual architecture described above. The more turns, the higher gain at the lower frequencies. Note that to preserve the electric balance, the number of turns increases by increments of two. 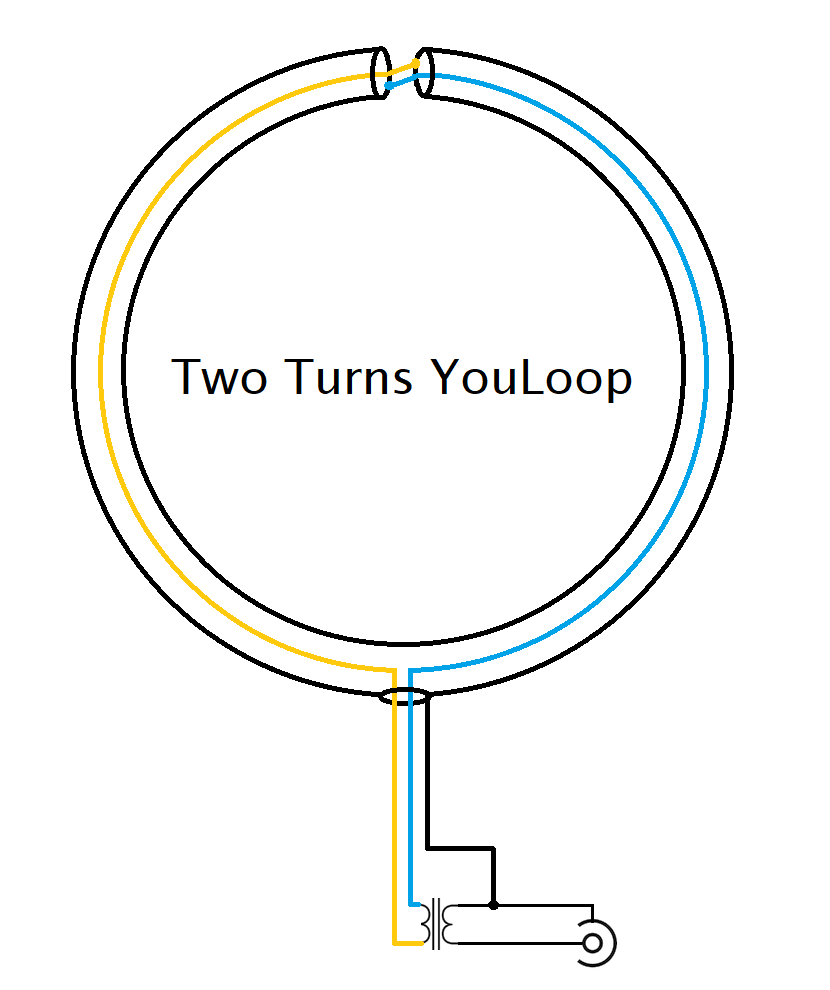 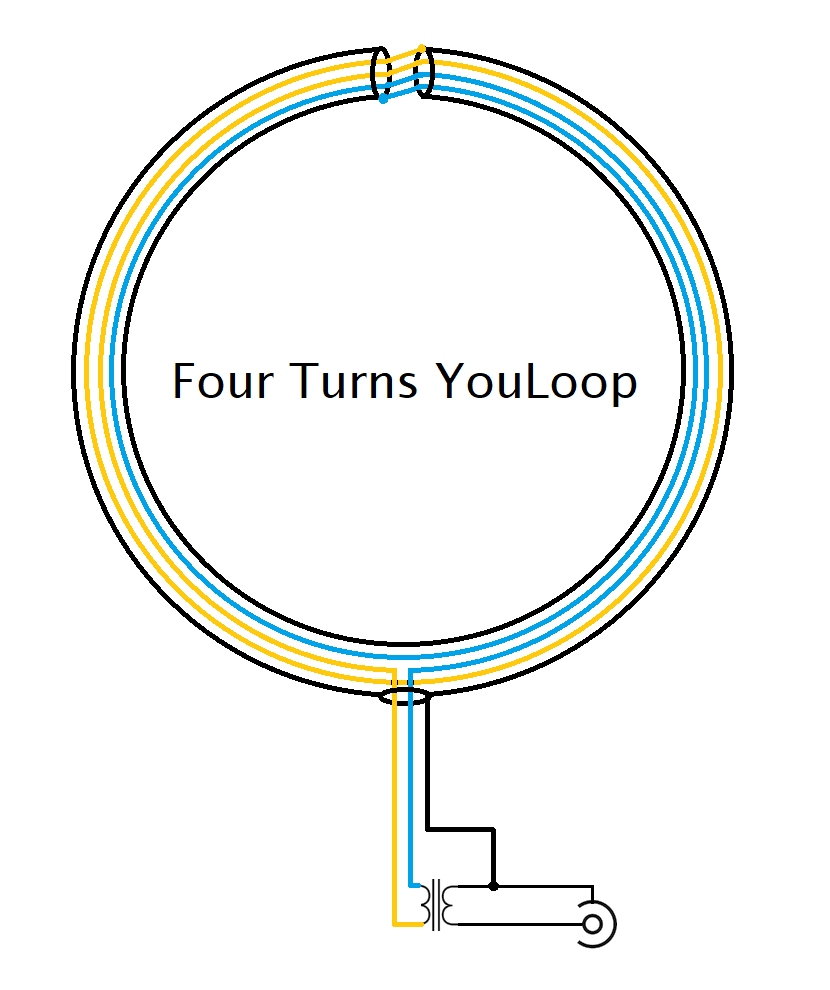 Another interesting aspect of this two-turns coax build is its response in VHF. The same HF magnetic loop can be used in the FM and the 2m HAM bands with a slight change of its core principle: It’s now a folded dipole. Actually, the feed point of the folded dipole is on the top and the actual legs are composed of the coax ground. At this feed point, the signal is routed through the two coax legs to the wide-band, low-loss BALUN. The gray curved line depicts the signal path in VHF, which should be familiar for most. This makes the antenna perfectly usable for FM Broadcast, Aviation Band and 2m HAM Band; A very welcome option for portable VLF/LF/HF/VHF operation.

In order to further improve the impedance matching and flatten the frequency response, a high impedance external pre-amplifier can be used near the antenna to present a constant output impedance to the receiver. We are working on a J-FET low-power pre-amplifier that could help DX’ers with extremely weak signals. This pre-amplifier also allows using a loop with a much smaller diameter, which improves the portability.

Following the large demand from our customers, we decided to offer the Two Turns version via our distributors network. This could be the best option for those who do not want or cannot build the antenna from scratch. We picked the best quality components and pre-assembled the PCBs with the BALUN so the only remaining action is to connect the SMA cables. The whole antenna can be assembled in a few seconds. For permanent outdoors installations, it is recommended to seal the “T” and “Inverter” elements with waterproofing tape. The coaxial cable we supplied is stiff enough to hold its shape. Note that for proper performance, it is recommended to use perfectly matched, Spectrum Analyzer grade coax cables. Any phase or amplitude mismatch results in a sub-optimal performance. The ones we are proposing match these performance criteria.

It is very likely your third party radio will not be sensitive enough to operate with the YouLoop properly. We have even seen self-documented failed attempts to build pre-amplifiers to compensate for the lack of sensitivity and/or the required dynamic range in third party radios. Use your brain, and eventually an Airspy HF+ Discovery.

Airspy.us ships from the US to the Americas and offers other high quality services and products.

RTL-SDR.com ships worldwide via Amazon Fulfilment from China and offers many other high quality services and products.

FB Radio is a supplier of communication and electronic equipment in Sweden and the Scandinavian markets.

Wimo ships from Germany and serves all the European Market.